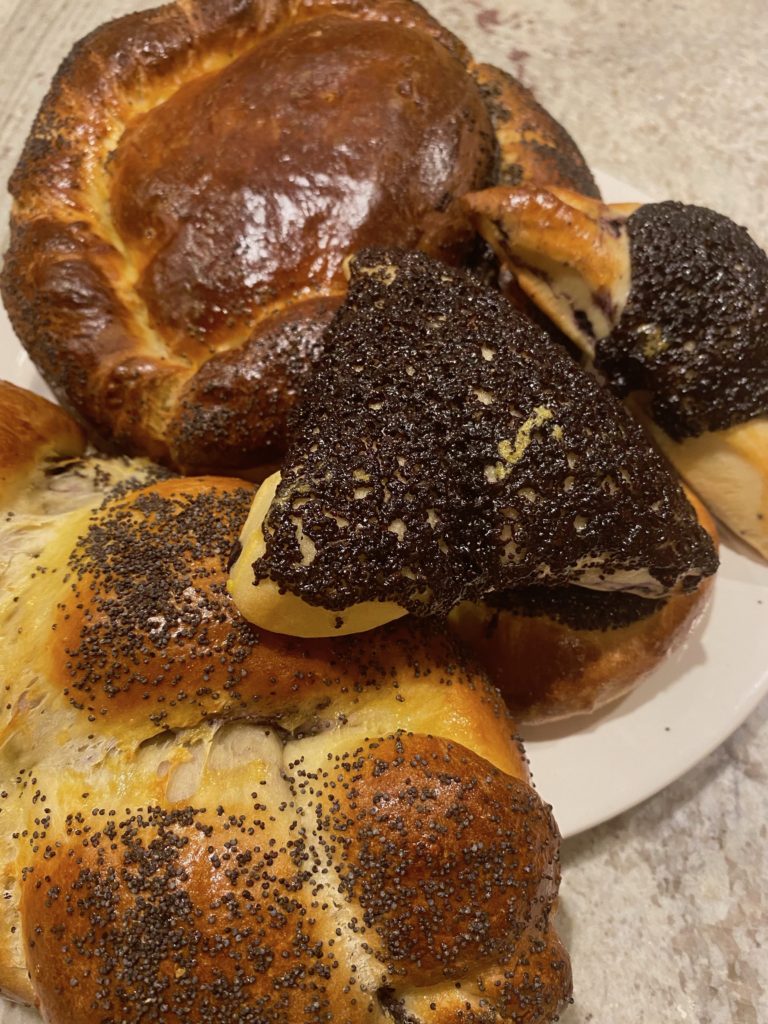 When I found this recipe for challah baked with brandy, it called out “Purim.” What could be better than a shikker challah to fulfill the Talmudic opinion of Rava: “One must drink on Purim until that person cannot distinguish between cursing Haman and blessing Mordechai.” (Megillah 7b)

Chaleh I
“Chaleh I” was published in the 1946 Jewish American Cook Book of over 1600 recipes, all previously published at the Forward . Not surprising for its day, it simply calls for yeast, though likely refers to fresh compressed. The instructions mention flour but doesn’t clarify whether to use all purpose or bread flour. I figure just regular flour. Would “hot oven” intend the oven temperature for most challah recipes today, around 350º? I wasn’t sure. Plus, its five pounds of flour would be unmanageable in my kitchen and consumption, so I try decreasing quantities. And most importantly for Purim purposes, how much is in a “small glass of brandy?” I substitute the iconic Slivovitz for the brandy since Polish Jews were big distillers of this plum brandy and it often appears at Shabbat kiddush. Sadly, despite several attempts, I couldn’t get the proportions right in my attempts at updating the recipe.

Challah au Rum
Persisting in my quest for a liquor infused challah, I poked holes into a store bought, slightly stale challah. Dousing it with liquor transformed it into a boozy challah au rum.

And, then I remembered …. read more at the Jewish Week… and recipe.

For more about the #chocolatebabkaproject.