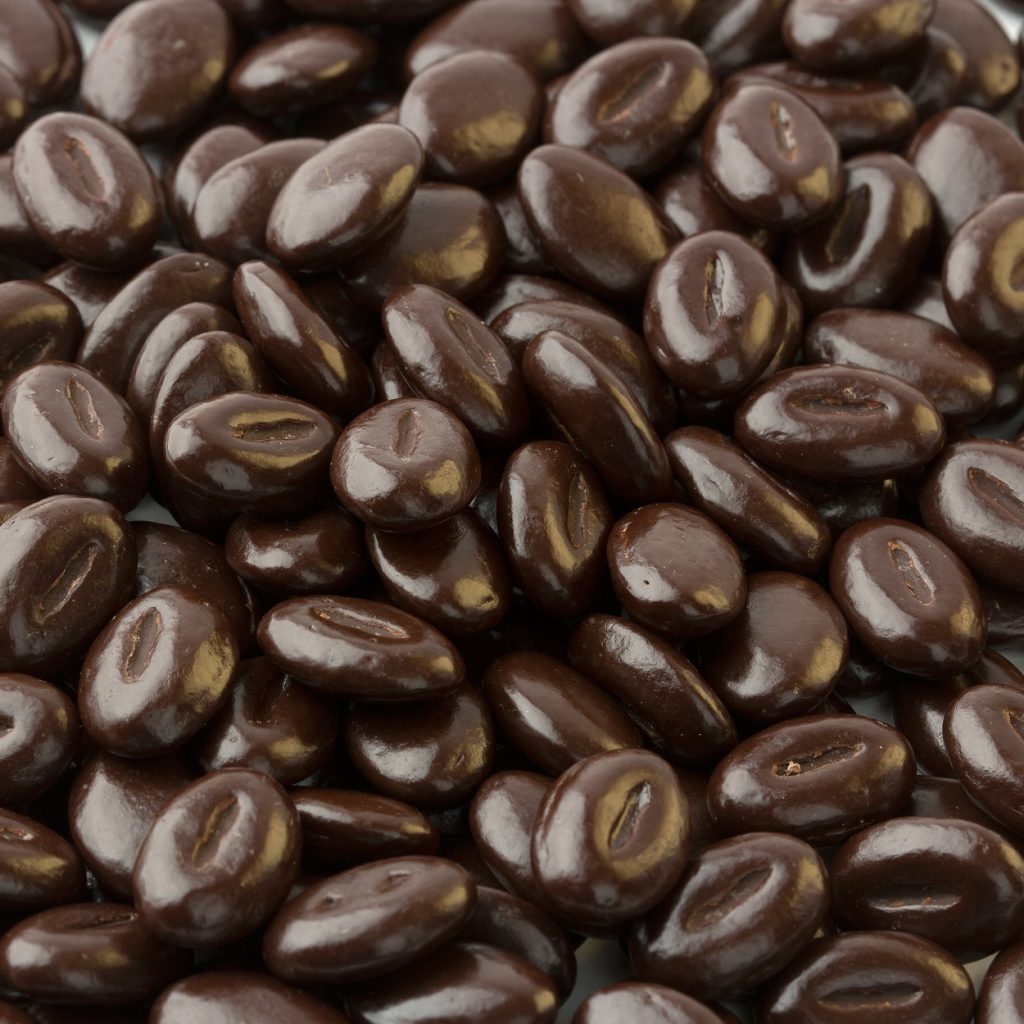 Is that coffee or chocolate?

Having just eaten my daily portion of chocolate covered coffee beans, I am primed to consider the questions I hear about coffee when I teach on the chocolate trail. How do the two foods really differ, other than taste? I think back to when the layout for On the Chocolate Trail was being designed and the publishing team offered up images of coffee beans instead of cocoa beans. The beans do look similar, as below, and that understandable mistake was fixed. And, then, just the other night an audience member asked about chocolate and coffee both being exported from the port of Mocha. That may not be the case since chocolate did not originate near Yemen, the location of Mocha, see the chart. Indeed, chocolate preceded coffee and tea to Europe. And, both stimulant drinks did help Europeans transition from dependence on beer to avoid unhygienic water. Now coffee far outstrips sales of hot chocolate. The chart below offers up some of the differences in growing, processing, and history.

Of course coffee and chocolate make for a delicious combination. Perhaps it is no surprise that they were respectively sold at the first English coffee house in Oxford, England, then at coffee houses everywhere, as today. The Italians of Turin developed a decadent layered bicerin drink of chocolate, coffee, and cream. When the Boston Tea Party destroyed shipments of tea to protest British tea taxes in 1773, chocolate and coffee became preferred, politically correct drinks. We may never know with certainty when mocha came to refer to a coffee/chocolate mix. Thankfully, we can enjoy it not only in our beverages but also in sweets.