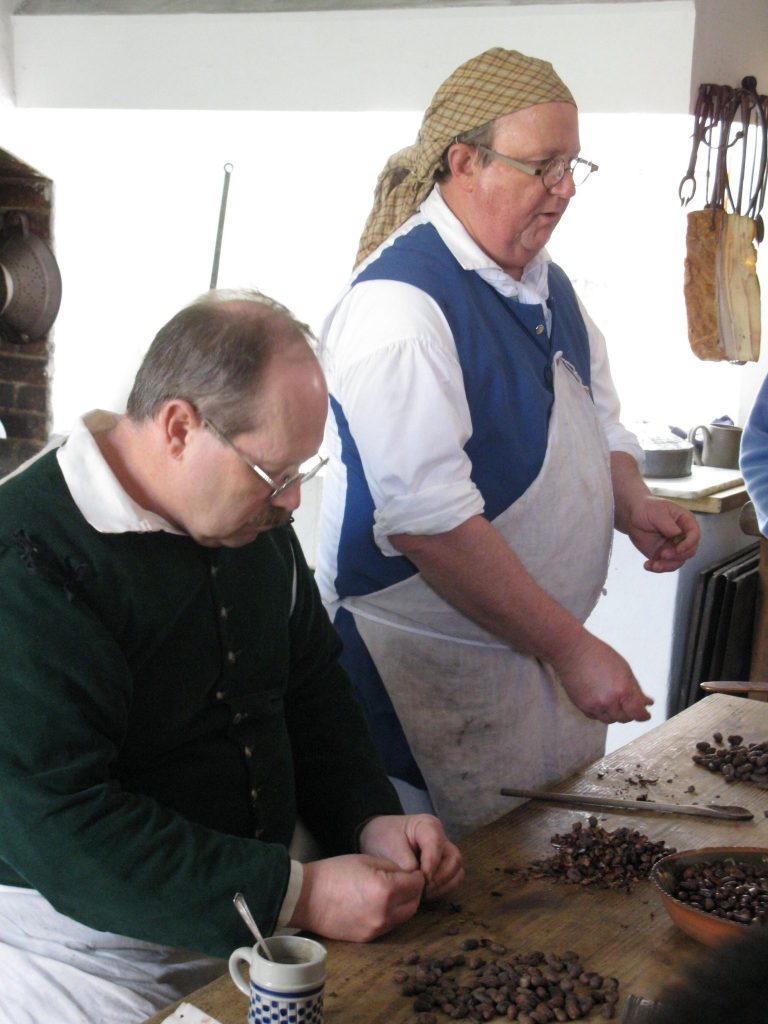 Sephardi Jews contributed to the availability of drinking chocolate when that became a very popular substitute for politicized tea in North America around the time of the 1773 Boston Tea Party. The Gomez family members (NYC) and Aaron Lopez (Newport) were among the several North American Jews who engaged in the manufacture, retail, and consumption of cacao and chocolate in this period. Indeed, many of these pioneering Jewish chocolate ventures preceded the beginning of the Baker’s Chocolate Company, which has billed itself as “America’s Oldest” and “evolved into the first branded ‘Baker’s Chocolate’ product in 1780.” Jewish trading of chocolate began in New York where the business record of the Jew Isaac Marquez shows that he imported twenty-five pounds of chocolate in 1701.

Two generations of the Gomez family enjoyed chocolate connections in New York City. In particular, Rebecca Gomez stands out not only for her retail advertising but also as the only known woman to manufacture chocolate in the colonies. Rebecca plied her wholesale and retail chocolate made at the “Chocolate Manufactory,” at Anne and Nassau streets in lower Manhattan, through newspaper advertisements. When her husband, Mordecai, died in 1750, he left several chocolate accoutrements in his estate inventory, including “16 chocolate cupps, whole and broken, 1 chocolate pott; 2 boxes Chocolate 50 lbs each and 6 Surnis (840 pounds) Coco [Surinam],” suggesting that his chocolate was for both personal and commercial purposes. The Gomez family endeavors in chocolate exemplified the general popularity and availability of chocolate during the period, as well as Sephardi interests in this market.

Aaron Lopez … saw food-processing as ancillary to his involvement in the coastal and West Indian traffic…. The chocolate he secured through outwork was destined for local and North American consumption.

In 1779 Lopez described the Revolutions’ hardships on the inhabitants of Leicester, Massachusetts, and Newport, noting that they lacked basic food but at least had chocolate:

The Jews in particular were suffering due to a scarcity of kosher food. They had not tasted any meat, but once in two months. Fish was not to be had, and they were forced to subsist on chocolate and coffee.

These eighteenth-century North American Jewish entrepreneurs dipped deeply into the chocolate concerns of their day and they relished their chocolate. They reflected the commercial interests and technological advances in chocolate, contributing to pioneering cacao and chocolate enterprises. On July 4th, drink a chocolate l’chaim to our ancestors and their patriotic commitment to it.