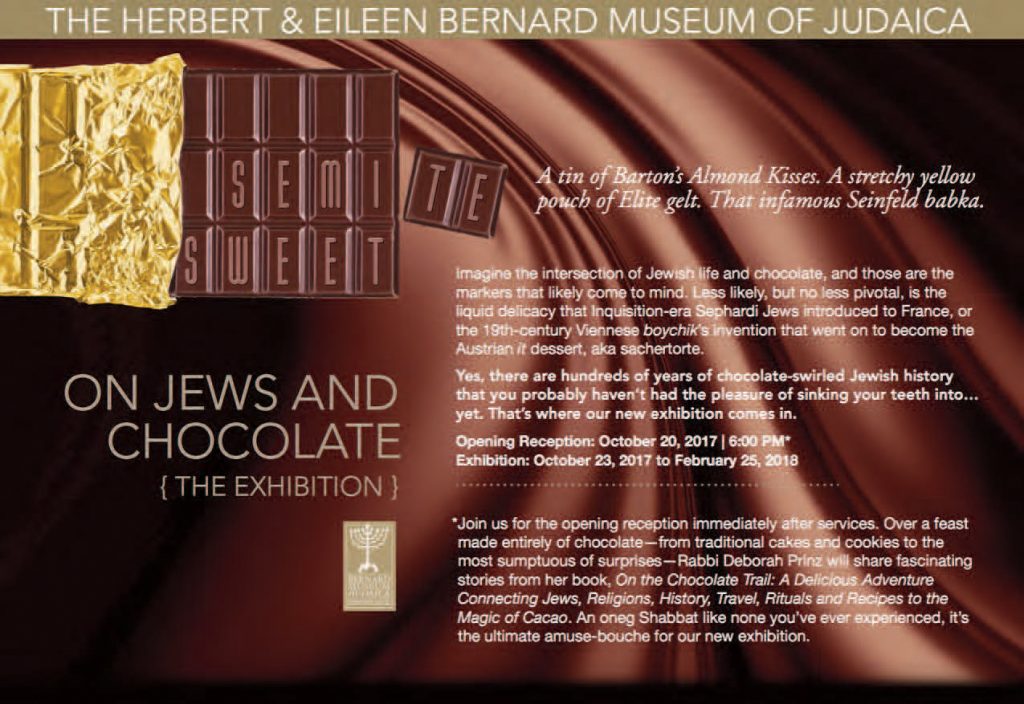 Chocolate migrated with Sephardi Jews in the early days of European contact with the New World food. As Spanish and Portuguese Jews sought refuge from the broad-reaching perils of the Inquisition, some packed with them new chocolate tastes, techniques, and opportunities, thereby supplying and extending chocolate to larger markets.

Later, twentieth century Jewish emigrants transferred their businesses for eating chocolate from one location to another. The background of Israel’s Elite Chocolate and the iconic chocolate company, Barton’s Bonbonniere, is also featured.

This first-ever exhibition about Jews and chocolate is based on the best-selling book On the Chocolate Trail, a Delicious Adventure Connecting Jews, Religions, History, Travel, Rituals and Recipes to the Magic of Cacao (2nd Edition, Jewish Lights, 2017) by Rabbi Deborah Prinz.