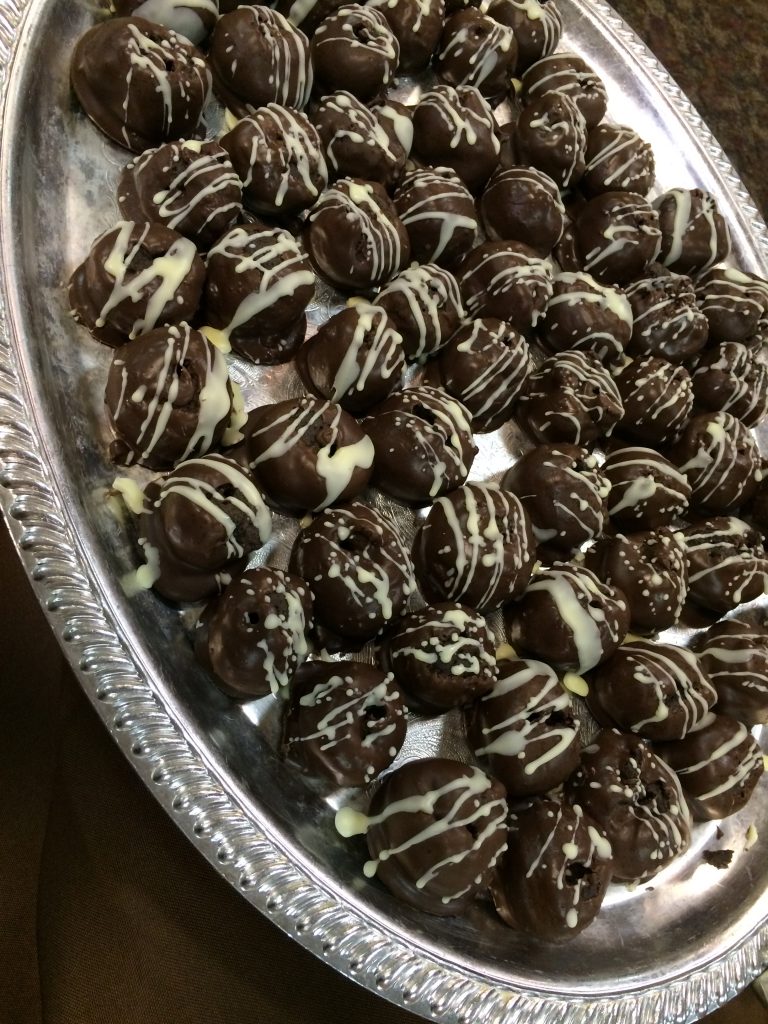 Mothers and Survival by Chocolate

On the Chocolate Trail, I found amazing stories of mothers and chocolate from World War II. Immigrant Lisa Hoffman reminisced about how her mother insured she had the skills, including chocolate making, to survive.

“I carried inside of me all of the lessons my mother had worked so hard to get for me. I could make chocolate, cook for large families and carry soup without spilling. But more importantly what she’d given me was a belief in myself. It’s stood me well through the years, this gift from my mother Elsa Hoffman.”

In Frankfurt, Germany, in the late 1930s, at the age of fifteen, Lisa Hoffman and two other classmates were told they could not return to school because they were Jews. Lisa had already been forced to greet the teacher with the Nazi salute and had been required to sing Nazi songs, which spoke of murdering Jews. When the Nazis closed her father’s department store, her mother, Elsa, took boarders into their large apartment. Hoping to send Lisa to England as a domestic, Elsa trained Lisa along with other young Jewish women, some of whom were her lodgers, in homemaking skills. Unemployed Jews who had worked as waiters, cooks and bakers also gave lessons.

The chocolate instructor was sadly arrested by the Nazis just days before he was scheduled to teach his specialty. Since Lisa had only weeks before begun an apprenticeship with a famous chocolate maker, she coached the group instead, staying one week ahead of the group’s lessons. Lisa, a self-diagnosed chocoholic, taught them about chocolate fillings and how to use special dipping forks to form perfectly shaped and delicious truffles. (The recipe for cognac truffles is included in On the Chocolate Trail.)

Finally with a visa in hand, she departed Germany for England on August 18, 1939. Only two weeks later, war was declared between Germany and England. When she was without family and classified as a foreign alien, she treasured that her mother had gifted her life and survival skills.

Wacky Cake Recipe:  This recipe represents adaptation during wartime. Author Mary Ann Rodman writes, “I grew up thinking that this WAS chocolate cake (my mom made it as a birthday cake every year, because she refused to use packaged mixes)…. It was apparently a popular holdover from World War I rationing. It’s a good cake … We called it ‘Wacky Cake.’”  A contemporary version could include ground ginger or ground black pepper. FOR THE CAKE: Preheat the oven to 375ºF. Lightly grease an 8-inch square cake pan. Combine the chocolate and milk in a large heatproof bowl set over a pan of simmering water for 5 minutes. Blend with a mixer. Remove from the heat and cool. Sift the flour once into a bowl. Add the baking soda and salt to the flour, then sift the dry ingredients together three more times. With an electric mixer, cream the butter and sugar. Add the butter mixture, vanilla, and chocolate mixture to the flour; beat vigorously for 1 minute. If using ginger or black pepper, add it to the batter. Pour the batter into the prepared pan. Bake for 20-25 minutes until a toothpick inserted into the center comes out clean. Cool completely in the pan.

FOR THE ICING: Heat the butter and milk in a small saucepan until melted. In a bowl, mix together the sugar and salt. Add the hot milk, stirring to blend. Add the vanilla and beat with an electric mixer on low to medium speed for 1 minute. Add the ginger or black pepper to the icing, if using. Spread on the cooled cake.
Quantity: 10 servings

Cross posted from the HuffPost; An earlier version appeared in On the Chocolate Trail