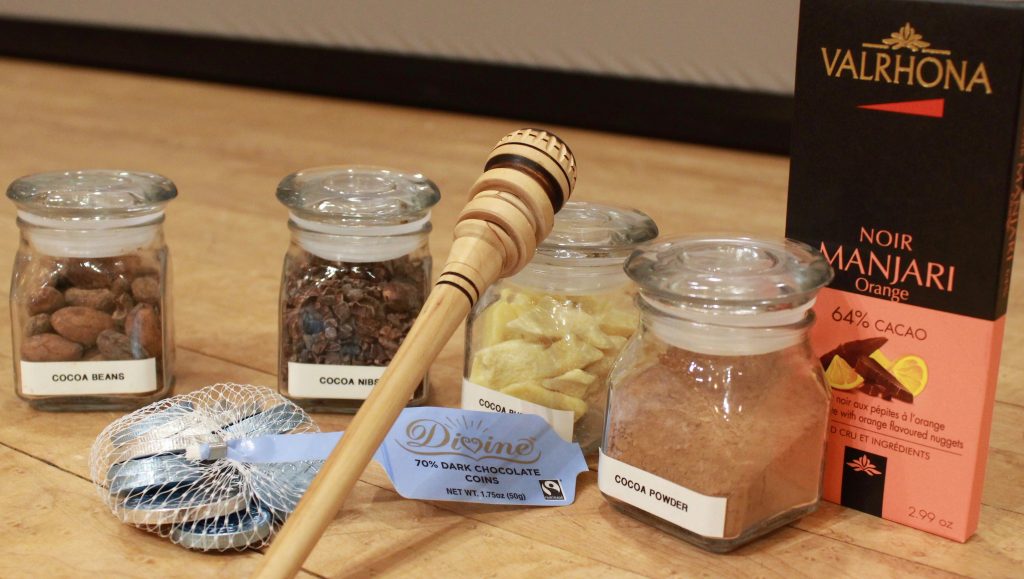 I am very excited that the NYCs Bernard Museum exhibit, “Semi[te] Sweet: On Jews and Chocolate” based on my book, On the Chocolate Trail, will now be forging new paths as it travels around the country. We selected On the Chocolate Trail as the book title for a number of reasons. First, it evokes the diffusion of chocolate from Central and South America to the Old World and then further around the globe. Second, the title represents the journeys that Mark and I pursued as we explored and researched the stories of chocolate and religions. Finally, the title had meant my book tour as I have shared those stories around the country since the book was published. Now, the photos, labels and facsimiles based on the book will be available to communities everywhere.

This popular exhibition, created by the Bernard Museum of Temple Emanu-El, NYC, may now be displayed in your gallery space. Through images of memorabilia and facsimiles of archival materials, the exhibit highlights historical stories of refugee Jews who both worked in the chocolate business and contributed significantly to their respective Jewish communities. Jews, initially Sephardim and later Ashkenazim, were sustained by it in their relocations. The exhibition is based on the best selling book On the Chocolate Trail: A Delicious Adventure Connecting Jews, Religions, History, Travel, Rituals and Recipes to the Magic of Cacao (Jewish Lights, Second Edition, 2017).

For information about bringing “Semi[te] Sweet: On Jews and Chocolate” to your community, fill out the contact form.

The exhibition in the media: